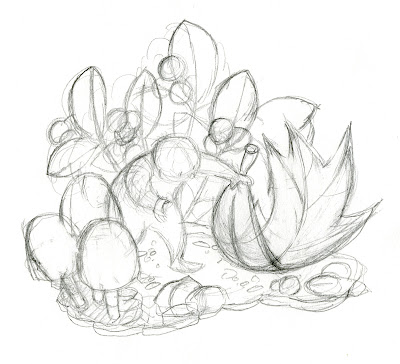 I recently created an experimental piece that was inspired by a character in a colleague's manuscript. I began as usual with one of my "rag doll" figures, roughing in the character's pose, and the physical setting. 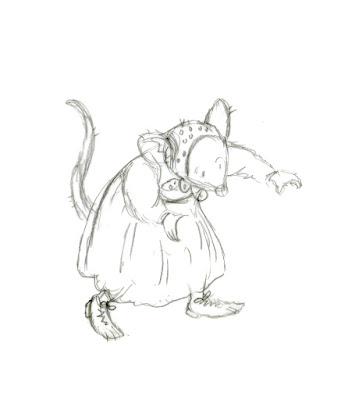 My next question was, what does this little Miss Muffet look like? I tried her first as a mouse. That didn't feel satisfying. 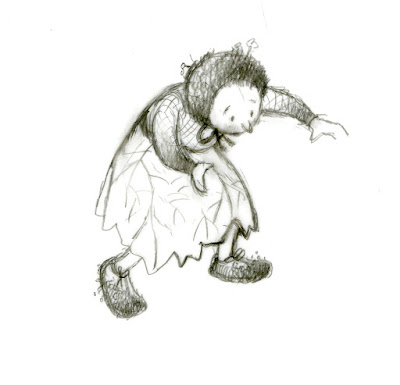 I tried her again as a little humanoid. She immediately came to life for me! 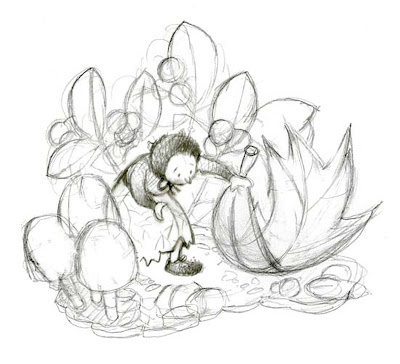 Although I usually create my art using only pencil, pen, inks, paints, and paper, this time I turned to my computer for some of the steps.  Here, I've scanned both Miss Muffet and the original sketch, and then replaced the rag doll figure with the Miss Muffet figure, using Photoshop. 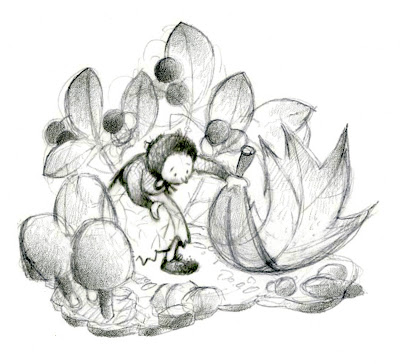 I printed out the sketch, and worked on it further with pencil. The paper I used was an inferior grade of paper, which gave a slightly blurred effect that intrigued me. I often use an inferior paper when experimenting and trying out new ideas. It seems to free me up from any worry about "wasting expensive paper," and it allows me to make as many false turns as I want or need. Inferior paper also often gives unexpected results, as here, which I can later use deliberately in creating a piece. 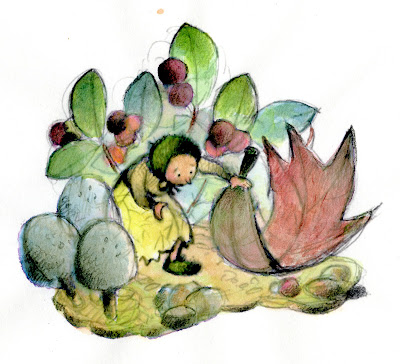 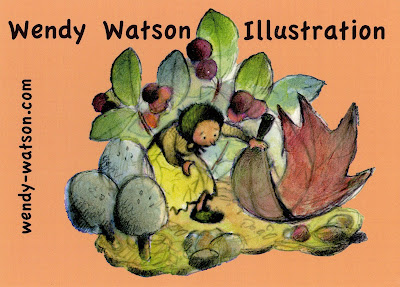 I liked my little Miss Muffet enough to put her on my most recent promotional postcard. Even as I publish this post, she is winging her way across the country to my list of art directors and editors. Bon voyage, Miss Muffet!


Posted by Author and Illustrator of Books for Children at 12:39 PM 12 comments: