Those of you who were in the habit of following Bessie Beetum's Blog may remember her "Day of Demolition" (http://bessiebeetum.blogspot.com/2010/10/demolition-day.html).  At the end of that day, Bessie was surveying the corner of my yard and the small mess that was left there after the removal of the rotted playhouse. 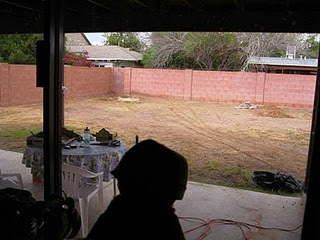 That small mess had remained unchanged (undoubtedly much to Bessie's distress)---until today, when my hired helper arrived at 7:30 am to do a little more cosmetic work on my yard.  Sometime later, there was a knock on my back door.  "Look what I found buried out there," said my helper, holding up a very dirty, plastic...insulated lunch bag, perhaps? 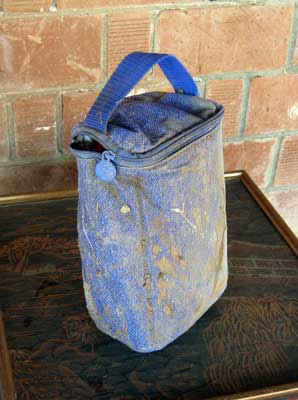 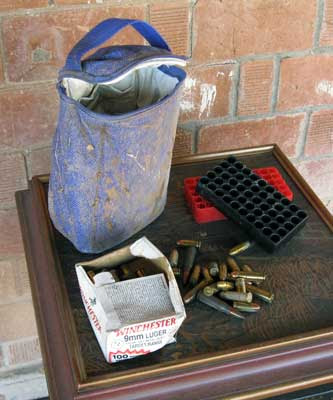 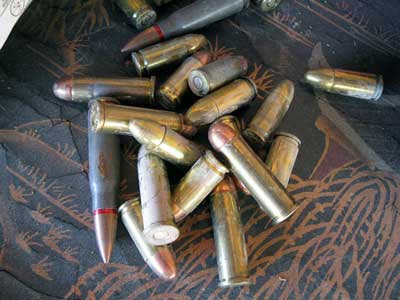 I grew up in a pacifist's house.  I'm a pacifist myself.  I raised my children as pacifists.  And besides, I'm a children's book writer and illustrator. I had never seen "ammo" before, much less handled it.  "What do I do with it?" I said.  "Call the police," my helper replied.  I did (and I have to hand it to the dispatcher...she didn't show a quiver of interest, disbelief, or amusement when I described my situation to her).  Before long, a van pulled up in front of my house. 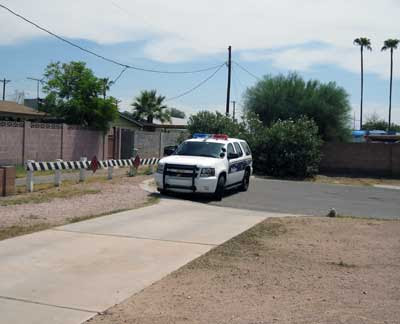 The officer came inside.  I told him that my yard man had found the ammo buried in my back yard.  The officer said, "Did he find any dead bodies?"  (I actually wasn't sure if this was a joke, or a serious question.)  The two of us started chatting, and I discovered that the officer's father had been a professional artist---"and quite a good one," said the officer. 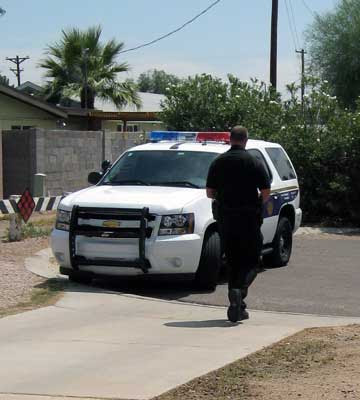 The officer then left with the bag of ammo.  As I fixed my lunch, I thought about the unexpected connections between art and the law...and then I realized that this incident would be perfect for another BINK story...and then I went out to the backyard to look at the scene of the crime (aka the yardman-improved-area). 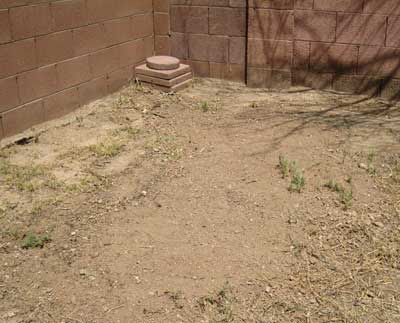 It was remarkable how much it resembled a newly-filled-in-grave...a grave that someone was perhaps trying to disguise......
Posted by Author and Illustrator of Books for Children at 3:19 PM