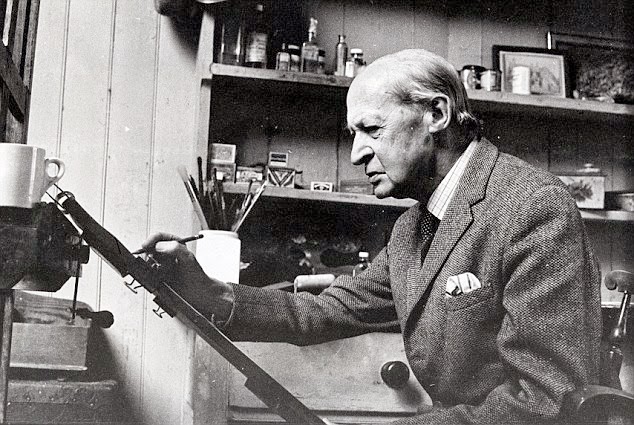 Ernest Shepard was born in December... 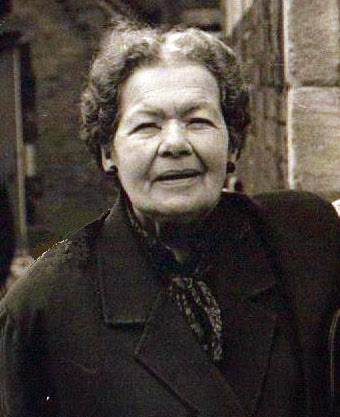 ...and his daughter, Mary Shepard, was also born in December. 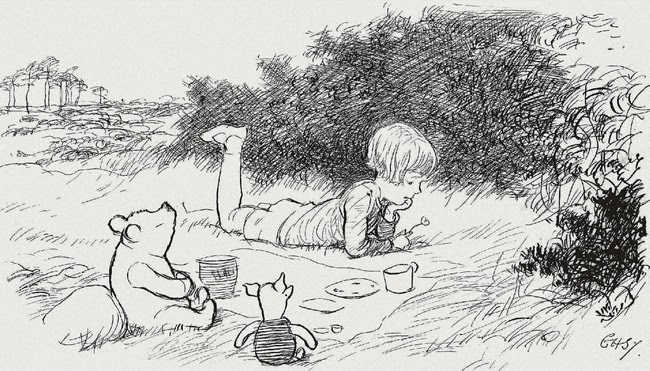 If you don't recognize their names, I hope you certainly know their work---Ernest Shepard's classic illustrations for Pooh, Piglet, and company; 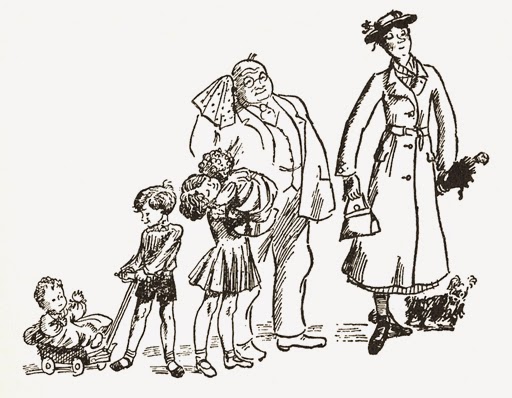 and Mary Shepard's classic illustrations for Mary Poppins and the Banks family.


Not surprisingly, the two illustrators have several things in common. The work of both artists falls into the category of traditional British illustration, and both bring this style to a magnificent peak. Their penwork is masterful, and their control of this black-and-white medium is unsurpassed. It looks simple---but just try to replicate it yourself. The reason, of course, that there were so many more-than-competent artists of this media during the end of the 1800's and the first half of the 1900's is that illustrations almost always had to be reproduced in black-and-white---in other words, printed with just one color. It was usually too expensive at that time to fill a child's book, for example---which had to be marketed at a reasonable price---with four-color reproductions. Keep in mind also that newspapers, magazines, and so on were illustrated almost always with drawings, not photographs. So artists had plenty of opportunities to hone their black-and-white skills.  Ernest Shepard had illustrated the classic Wind in the Willows shortly before he created Pooh and his cohorts. And he would have been the illustrator of Mary Poppins as well, if the author P. L. Travers had had her way. As it turned out, he was too busy to accept the job.  Lest you think that Mary Shepard then got the commission through some kind of pulling-of-strings by her father---not at all. P. L. After the turn-down from Ernest, Travers saw some samples of Mary's work at an exhibition, and suggested that she be the illustrator. Mary Shepard was 23 years old, fresh out of the Slade School of Art. In those days, youth was not an advantage; some people were skeptical that the inexperienced Mary could do the job. But what a happy marriage of text and art! I do think myself that, as it turned out, Mary was the better choice. The style of her illustrations wanders a bit further from reality than did Ernest's, which seems to me to suit the text admirably. And the sturdy, no-nonsense feeling of her pen line captures Poppins's character perfectly.
I've emphasized the black and white media of these two illustrators' work. Quite some time after their books were first published, when full color reproduction had become much less expensive, many of their books were re-issued with colored illustrations. Just bear in mind that if the full-colored illustrations are what you know, they were not what earlier generations of readers saw. 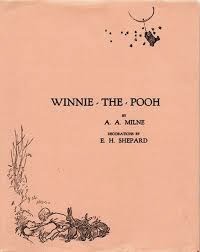 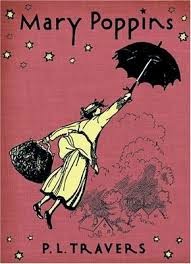 Please do visit the two links below to see a nice group of the work of each artist. Both of them created illustrations for a variety of material, not just the famous characters they created. It's always interesting to me to see that an artist had a creative life beyond what the public generally knows about. And do try to introduce their illustrations to the children---and adults---in your life. When I Google "Winnie-the-Pooh" or "Mary Poppins", all I see are pages and pages of Disney renderings. In contrast to Disney, the Shepard interpretations of those characters are complex and satisifying, and stick well to the ribs over a long period of time.


Posted by Author and Illustrator of Books for Children at 12:21 PM