THE SEASON OF LIGHTS 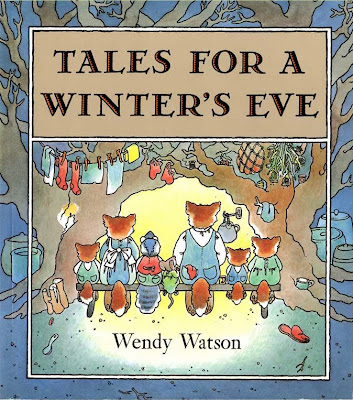 As days shorten, and dark nights lengthen, we humans turn to lights to mark the season.  Even more southern cultures---though they live amidst a more subtle change of seasons---celebrate with light, in anticipation of the return of longer days.  As for me, growing up in northern New England, where the winter nights are dark and endless---well, if I had lived in earlier times, I would have whole-heartedly participated in religious and magical rites designed to entice the sun to return to the frozen earth.  Instead, being a supposedly more modern creature, I've treated this topic often in my books.  One example is TALES FOR A WINTER'S EVE, which I created intentionally to honor the winter solstice as it would pass through my beloved rural Vermont community. 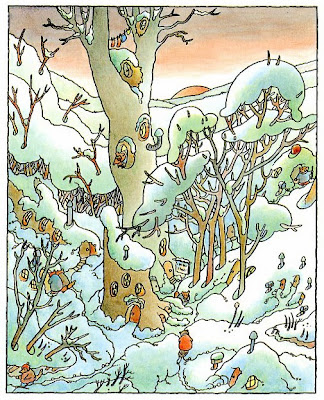 The sun setting over a frigid and snow-clad community was a signal to folk---animal or human---that it was time to scurry for home, warm hearths, and tasty stews.  But it was also a symbol and a reminder of the setting of one season, and the advent of another.

It was a signal to settle in for the long winter to come---in burrows, nests, hollow trees, or clapboarded buildings---that were hopefully well-stocked with food and fuel. 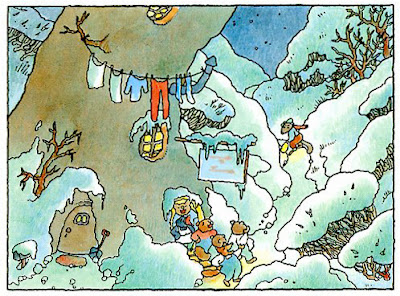 Brief forays out into the darkness and cold added zest to the long waiting. 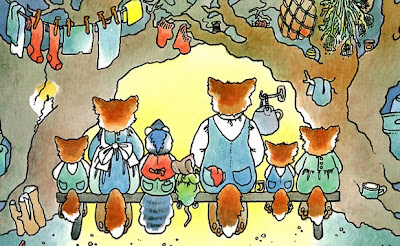 But there was always the blessed fire and light on one's return---where one could warm one's toes, sip hot cider, and tell stories to pass the time. 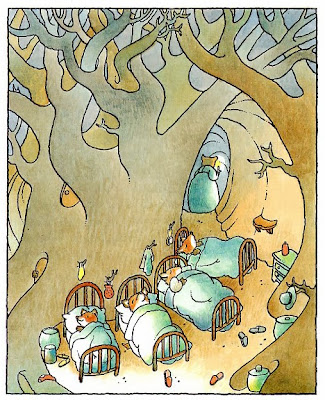 And at the very end of the day, we hoped that for everyone---furred, feathered, scaled, or naked---there was a cozy bed, a goodnight hug, and comforting dreams of the return to light and warmth.

Posted by Author and Illustrator of Books for Children at 11:29 AM