LIBRARIES I HAVE KNOWN - THE BRICK HOUSE

My five blogs this week will be in honor of National Library Week, April 13-19. 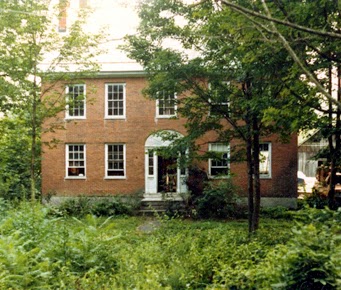 When my young parents bought this gracious brick building (the first house they owned, and at that time an 8-hour drive from New York City), they immediately designated one of its rooms as The Library.  Thus it was that in the room behind the two lower right windows in this photo I first discovered the delights of...the library. 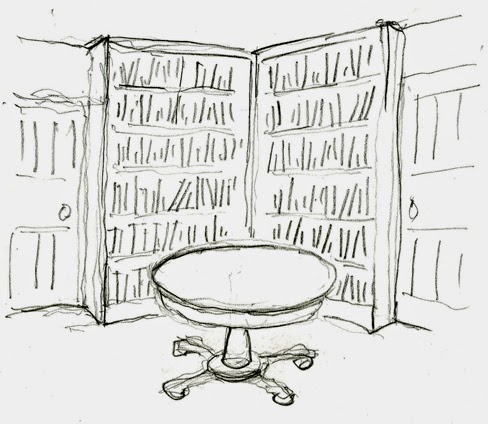 My father lined all four walls of this room with his finely crafted built-in bookshelves. A large round table---"The Library Table"--was ensconced. (My mother and grandmother probably found the table at one of the auctions they loved to frequent.) My parents had no trouble filling the shelves.  My father was a professional book illustrator; my mother was a writer; and they both came from backgrounds that valued highly the arts of reading, writing, and books.  The library shelves held the Scribner's Illustrated Classics, like Treasure Island or Smoky The Cow Horse, illustrated by people like N. C Wyeth and Arthur Szyk. They held Limited Editions volumes, like Alice In Wonderland, or The Wind In The Willows, with illustrations by people like Arthur Rackham and Edward Wilson. They held Heritage Club Editions, like War and Peace with its fine lithographs by Fritz Eichenberg, or even Honore Balzac's Droll Stories with its bawdy line drawings by Boris Artzybasheff.  I devoured all of these before I was 12 years old. But these were not my very first memories of the library. 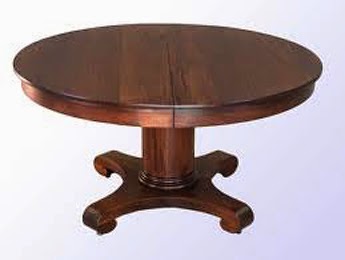 No, my first memory was of The Library Table.  Our table was definitely second-hand. Used. Worn. Shabby. Not like the beautiful polished specimen in this photo. But when my brother Peter and I, at the ages of 3 and 5, first played in the library underneath this table, we made an amazing discovery. Our mother never allowed us to have candy or sweets of any kind. Yet here were wads of old, dried-up, already-chewed gum, cleverly stuck to the underneath of the tabletop. Many wads. The best part? We could pry the wads off the table, chew them ourselves, and then stick them back up, without anyone else ever knowing!

I haved loved libraries ever since.
Posted by Author and Illustrator of Books for Children at 12:52 PM